Mackie set the standard in inexpensive, small form-factor recording and sound consoles. I own a 1402 VLZ console that fits in a small brief case and sounds great. The problem is that it is the wrong console for most of the work I do that will need a console. Coming from the broadcast side of the world and not the recording side, I want things like a cue buss that sits at the end of the fader travel, or the control room monitors to mute when I turn on the mike so I don’t get feedback. I want logic that I can switch a CD player into play when I bring up the fader or hit a start button. None of these “features” are typically required on recording and sound consoles and that was where the biggest market for companies like Mackie are.

Allen & Heath, a respected name in recording consoles, has just come out with their first stab at a broadcast console in the same sort of form-factor as the Mackie 1402. It is called the XB-14 and has most of the Bells and Whistles that I have been looking for. I have been told by Mark Haynes at Leo’s Pro Audio that they should have one in next week to test drive and I am looking forward to seeing if they got it right.

One “down” side of the console is the price. It is selling at just under $1,400. I have seen it advertised at $1,200. The Mackie 1402 is running around $500. I can see that the XB-14 has a some extra features to make it more of a broadcast desk, but $700 more? I hope some of these boxes sell to encourage folks like Mackie to compete for this market. 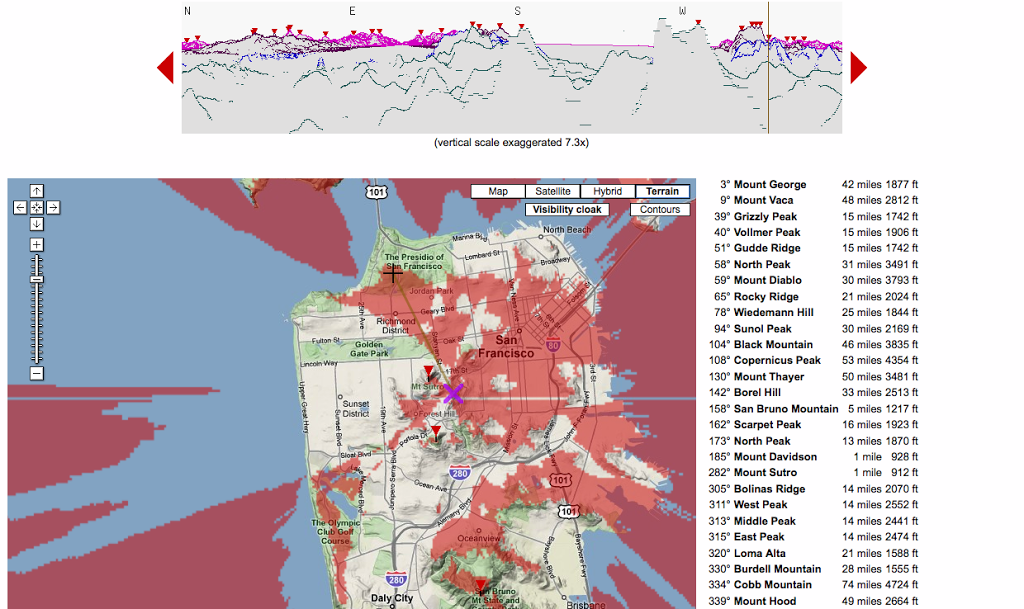 Google Maps has opened up access to resources that would take considerable work and expense to access. Just purchasing software that can do ray tracing over a geographic area 10 years ago would have cost tens of thousands of dollars. Now “HeyWhatsThat” has leveraged Google Maps to do just this and it is free. At the top of the frame, shows a panorama of the skyline seen from that site. The list on the right shows what mountain tops can been seen and distance to them.

HeyWhatsThat is a great starting point in checking out coverage area. I wouldn’t throw away your $50,000 coverage software just yet as that will be a bit more accurate using better algorithms to calculate coverage such as Longley Rice and TIREM as well as their own tweaks.